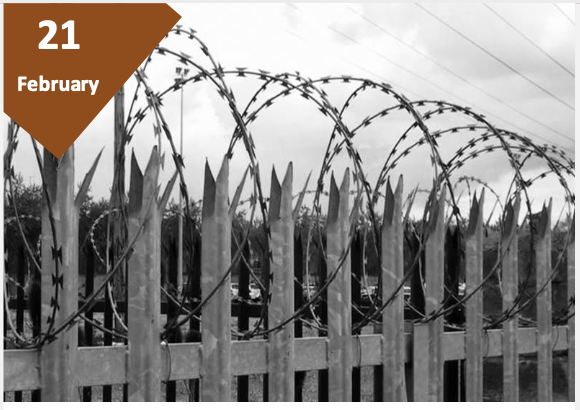 Facebook live stream videos of the event are here:

Organised by The Refugee Advocacy Network, an informal network of groups and individuals active in refugee advocacy in Victoria, and hosted by the Melbourne Law School

Concerns about the situation of refugees and people seeking asylum in detention include arbitrary and indefinite detention, lack of appeal processes and an increasing level of control exercised over detainees and those who seek to visit and support them.

The Behind Closed Doors symposium will bring together a diverse group of experts – academics, human rights, legal and medical professionals, advocates and policy makers to:

Ed leads the Commission’s work on technology and human rights; refugees and migration; human rights issues affecting LGBTI people; counter-terrorism and national security; freedom of expression; freedom of religion; and implementing the Optional Protocol to the Convention Against Torture (OPCAT).

Ed’s areas of expertise include human rights, public law and discrimination law. He is a Visiting Professorial Fellow at the University of New South Wales (UNSW), a member of the World Economic Forum’s Global Future Council on Human Rights and the Fourth Industrial Revolution and serves on a number of boards and committees.

David Manne is a human rights lawyer and Executive Director of Refugee Legal. He has worked in various capacities assisting refugees and asylum seekers for over 20 years. Since 2001 he has lead Refugee Legal teams in successfully arguing 10 out of 10 landmark High Court challenges.

David sat on the Board of the Refugee Council of Australia and currently sits on the Victorian Foundation for Survivors of Torture Ethics Committee and the Peter McMullin Centre on Statelessness Advisory Board. He has been appointed to the UN

David has been the recipient of numerous prestigious awards and is frequently named as one of Australia’s leading immigration lawyers in the Australian edition of Best Lawyers.

of protection applications. Guy has published a number of studies of the mental health consequences of immigration detention.

He has also been an instructing solicitor in High Court challenges to the lawfulness of immigration detention. Recent projects in addition to his clinical work have included:

Dr Claire Loughnan is a lecturer in Criminology, School of Social and Political Sciences, University of Melbourne. Her research examines the institutional and ethical effects of the externalisation of responsibility for refugee protection, with a focus on offshore processing and detention. Claire is a team member of the EU- funded, international Comparative Network on the Externalisation of Refugee Policies.

OPCAT and the UN Working Group on Arbitrary Detention

The Optional Protocol to the Convention Against Torture (OPCAT) is a United Nations treaty which requires countries ratifying it (States Parties) to set up a comprehensive regime for monitoring places where people are deprived of their liberty. These include immigration detention facilities, prisons, juvenile justice facilities, police custody, mental health and social care institutions.   Strong independent monitoring can provide vital protection for people held in detention.   OPCAT is intended to help States Parties prevent torture and ill-treatment, as required by the UN Convention against Torture.

Why is it important to Australia now?

Australia held discussions about ratifying OPCAT over many years, and finally ratified it in December 2017.  It has three years to implement OPCAT, so is required to have nominated or established independent monitoring bodies for all places of detention by the end of 2020.

How does OPCAT work to prevent torture and ill-treatment in places of detention?

OPCAT provides for two levels of protection for people in detention.

The first is a network of monitoring bodies for all places of detention: ‘National Preventive Mechanisms’ (NPMs).  These bodies – which may be based on existing bodies such as Ombudsman offices and Prisons Inspectorates, or may be newly established bodies – must be fully independent of government and properly resourced, and must be able to inspect all places where people are deprived of their liberty, without giving notice, with full access to people and information, with power to make recommendations and to report publicly, and with protections for anyone giving them information.

The role of NPMs is to carry out regular inspections, and make recommendations for change, in order to prevent the occurrence of torture or other ill-treatment.

The second level of protection is provided by the United Nations Sub-Committee for the Prevention of Torture (the SPT).  The SPT is an expert international Committee which can visit any place of detention in States Parties and recommend actions.  It can also advise and assist countries that have ratified OPCAT with the establishment of their NPMs.

When visiting countries which have ratified OPCAT, SPT members can meet with State officials, NPMs, representatives of national human rights institutions, non-governmental organizations, and any other people who can provide relevant information.  It can then provide recommendations and observations to the government, and to the NPM, in a confidential Report. The SPT will publish its report and recommendations if asked to do so by the State Party. The SPT also produces a public Annual Report on its activities.

What is the UN Working Group on Arbitrary Detention?

This is a group of experts which reports to the UN Human Rights Council on practices of arbitrary detention.    It can investigate individual complaints and can make country visits. When it makes a country visit it has discussions with the government, and judiciary, national human rights institutions, representatives of civil society and others, to understand and report on any practices of arbitrary deprivation of liberty.

What is happening in Australia? 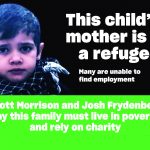 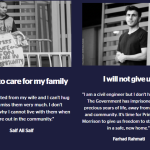 Refugee advocates have raised concerns Australia's current community sponsorship arrangements are too costly and come at the expense of other places for government-funded resettlement.
View on Facebook
· Share

Opinion: Safe flight: What a former Syrian refugee has learned to love about his new home of Canada

Hassan Al Kontar spent months in the purgatory of a Malaysian airport, exiled from Syria and rejected by other countries. Now he’s a permanent resident of a country he loves – a fact he doesn’t take lightly
View on Facebook
· Share

The Murugappan family have spent more than three years in immigration detention in Melbourne and on Christmas Island after a last-minute court injunction blocked their deportation to Sri Lanka.
View on Facebook
· Share