The Government’s unfulfilled promises to increase Australia’s humanitarian intake and give refugees safety in our region were on stark display today as those recommendations were voted down by the major parties in the Senate, said the Australian Greens.

“Despite the rush of getting the ‘Gillard Pacific Solution” legislation through Parliament last week, the government is dragging its feet to the point of standstill when it comes to other critical humanitarian measures identified by the Houston Panel” said Greens immigration spokesperson Senator Sarah Hanson-Young today.

“My motion called on the Government to immediately implement key Houston Panel recommendations to raise the humanitarian quota to 20,000 and advise Parliament the timeframes on the rest, but it was voted down by both old parties.

“It’s becoming increasingly clear that the Government’s full support for the Houston Panel’s recommendations was nothing but hollow words.

“Mr Paris Aristotle reiterated today that unless the swift action is taken to increase humanitarian intake to 20,000 and funding is increased to assist asylum seekers in our region, offshore processing will fail even the aspirations of the Houston Panel – yet the government seems to be ignoring his advice.

“It is evident that the Government has no intention of implementing the Houston Panel’s recommendations that relate directly to saving refugees’ lives, but rather are intent on punishing vulnerable people by shipping them off indefinitely to the island prisons of Nauru and Manus Island.

TEXT OF NOTICE OF MOTION

1.      Calls on the Government to immediately increase the Humanitarian Program to 20,000 as recommended by the Houston Report on Asylum Seekers in Recommendation 2.

2.      Calls on the Government to immediately make available an additional $70 million to fund programs in support of a regional framework for improved protections, registration, processing, integration, resettlement and returns as per Recommendation 3; and

3.      Calls for immediate disclosure of the government’s implementation timeframe for the remaining Houston Panel recommendations. 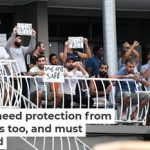 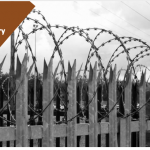